Opinions expressed by Entrepreneur contributors are their own.

My daughter’s birthday this year was a big deal. After two years of living through a pandemic, we finally felt comfortable enough to host a party with her closest friends. In her eyes, the party just had to include cupcakes. So we turned to The Cake Girl and its Crave’n Cups and ordered a variety of flavors, including my daughter’s favorite discovery: Chocolate Overload.

“As a young girl growing up in Puerto Rico, I had an obsession with sweets and baking,” shares Kristina Lavallee, founder and CEO of The Cake Girl. “I would beg my parents to take me to the grocery store just so I could see the cakes and baked goods. Surprising and delighting someone with a cupcake would become my life’s calling.”

Baking continues to have its moment. Our obsession with watching reality shows where bakers race to make the most realistic shoe cake or come up with the most innovative flavors doesn’t seem to be slowing down anytime soon. The US baking industry, which includes approximately 6,000 retail bakeries and 3,000 commercial bakers, generates more than $30 billion in revenue annually. And although the percentage of Americans who identify as health-conscious has nearly doubled in the past five years, we could all use a moment (or two) of indulging our sweet tooth.

This market was what Lavallee was eager to tap into when she started The Cake Girl in 2009. Her popular Crave’n Cups (which were a hit with my daughter, her friends and their parents) put a new spin on the traditional cupcake. They’re made up of layers of cake and frosting in jars that ship nationwide from The Cake Girl’s headquarters in Tampa, Florida. Flavors include Chocolate Overload, Unicorn, Cookies ‘N’ Cream, Lady in Red, Cookie Butter and more. Lavallee also offers gluten-free and vegan options.

“I’m on a mission to share my passion for baking with the world,” Lavallee says. “I continue to build my business focused on one cake, and one customer, at a time.”

Here are three of the most important lessons she’s learned in more than a decade of doing business.

Related: This Filipino American Founder Is Disrupting the Beverage Aisle by Introducing New Flavors to the Crowded Bubbly Water Market

“Word of mouth is your strongest marketing tool.”

Lavallee’s journey to build The Cake Girl started in her kitchen. “I was making cakes out of my house for friends and family,” she recalls. “I learned first-hand what many say: Word of mouth is your strongest marketing tool. Friends would refer friends, and I couldn’t keep up with all of the orders people were requesting. That’s when I knew we had to scale The Cake Girl.”

When Lavallee moved to Tampa and got married, she and her husband continued to push the brand outside of their circle of friends and family. They went to festivals and farmer’s markets. Word about The Cake Girl continued to spread. Customers said they would drive an hour to get to the farmer’s market to buy Lavallee’s famous carrot cake. “We kept experimenting before launching a food truck, and then ultimately a brick and mortar store,” she says. “My advice to entrepreneurs is to build a strong community of fans before you scale too fast.”

Related: “I Am Not a Diversity Quota,” Says the Founder Disrupting the Dessert Category 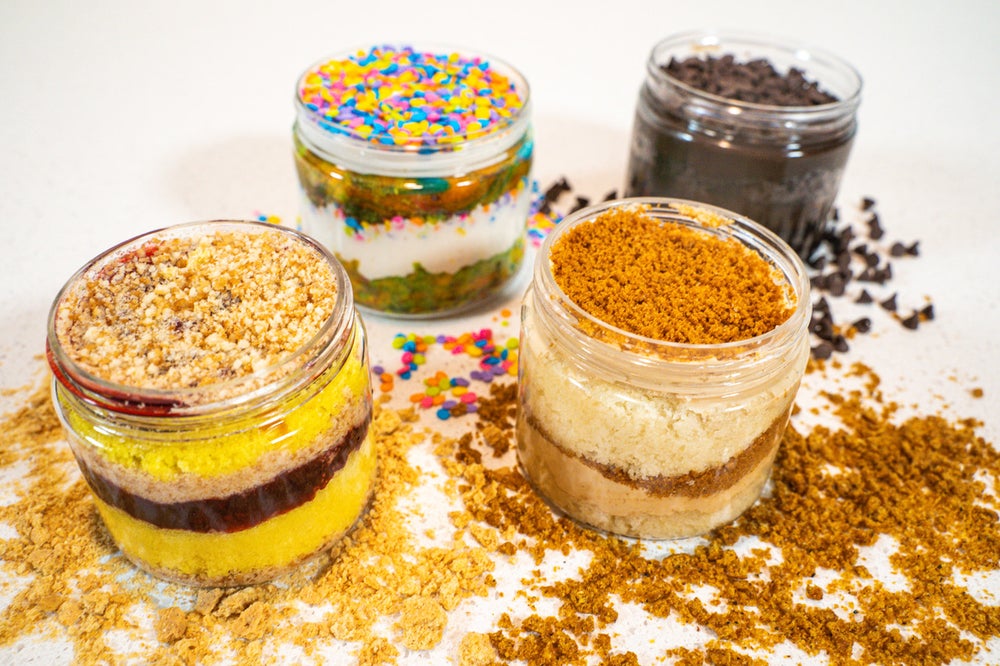 “I don’t want anyone to ever feel like they don’t belong.”

Early in her career, Lavallee worked at a bakery where she would help out an elderly colleague. The woman only spoke Spanish, so Lavallee would translate requests they received from customers into Spanish for her. Lavallee recalls receiving strict orders from a then-supervisor: “You can’t speak Spanish here. You need to speak in English at all times.”

Lavallee was floored. “Suddenly, I was prohibited from speaking in my first language and helping a colleague, or for that matter, communicating with customers in Spanish,” she says. “From that moment, I knew I would never treat my employees the way we were treated. I’m focused on building a business where everyone can bring the best version of themselves to work and feel they belong. How you treat your employees is just as important as how you treat your customers.”

Related: How This ‘Shark Tank’ Vet and Her Game-Changing Invention Are Revolutionizing Personal Safety

“I won’t sacrifice quality for quantity.”

In one of her first corporate jobs, Lavallee worked at Publix, where she learned to make cakes fast. “We were focused on speed and quantity; if a customer wanted a cake, we would whip something up in 30 minutes to make them happy,” she shares. “At the same time, the details and quality matter for cakes. As I teach my team, you can never sacrifice quality. Because when customers come to us, they expect the highest quality, and we always deliver on that.” That’s why each of The Cake Girl’s Crave’n Cups is individually hand-packed, and the label on the bottom of the jar is signed by the baker who made the product.

Focusing on quality has certainly paid off for Lavallee and her team. The Cake Girl has tripled its business over the past three years despite the pandemic. As Lavallee looks to the future, she’s interested in finding a strategic partner that can help her grow and scale the business across the US in the form of franchises. “We want a partner who has the same level of commitment to delivering high-quality products,” she says. “I would love to bring the joy of Crave’n Cups to high-end grocery stores and retailers across the country so that everyone can experience the joy and delight your daughter felt at her birthday party.”

Related: This Founder Went to Prison When He Was 15 Years Old. That’s Where He Came Up With the Idea for a Company Now Backed By John Legend.

Overhaul Your Lighting with This Custom Floor Lamp

Caleres Inc. (CAL) Stock Sinks As Market Gains: What You Should Know

2 Outperforming Edge Computing Stocks to Add to Your Portfolio