Jing Gao asserts that passion is not something you’re born with, but something you create through hard work. It’s a theme reflected in the story of Fly By Jing: The brand started in 2016 as an underground supper club before Gao launched a product line of Sichuan sauces two years later. But the theme also speaks to Gao’s search for her identity, and how she found a way to reclaim it by reconnecting to her roots.

On International Women’s Day, Gao sat down with Entrepreneur to talk about developing Fly By Jing, and how telling her story was key to making the business a success.

“Growing up, we were moving a lot in countries where you could not really find Chinese ingredients,” Gao says. Despite being born in Chengdu, China, her father’s job as a professor meant moving was constant.

“Going from Germany, to England, and then Austria, France, Italy – it was kind of a constant adapting, code-switching, trying to fit in,” Gao says. “And so my mom, in a way, inspired me with how she adapted to cooking in the countries that we were in using the limited resources and ingredients that we had.”

However, Gao admits she did not develop a passion for China’s rich culinary landscape until she moved back into her early twenties. Seeing Chinese food in its complexity and diversity “awakened” her palate, and she knew it was something she wanted others to see, too.

Gao’s passion for sharing Chinese cuisine first took the form of writing for her blog and various publications. But the more she studied, learned and cooked her way to understanding Chinese cuisine, the more she wanted to get involved with the food scene. In 2014, Gao used her passion to co-found Shanghai-based restaurant Baoism. The restaurant was revolutionary in that it focused on transparently sourced, safe and clean ingredients at an affordable price – a concept Gao likened to “a Chipotle for China.”

She used the success of her restaurant to create Fly By Jing, an underground supper club, in 2016. Gao traveled the world holding popup dinners in places like Hong Kong, Japan and Australia and ran the business as a one-woman show, doing everything from cooking, to branding and interacting with guests.

However, Gao’s ventures taught her that although she loved working with food, her interest in cuisine was not necessarily in serving it.

“Operating a restaurant was not really what I wanted to do,” Gao says. “I really enjoyed it. I learn a ton. But the parts that I love the most about the process were the product creation, the flavor creation, the storytelling and the branding. And I also knew that I wanted to bring these flavors to a wider audience on a larger scale. I wanted to kind of challenge the existing notions about what Chinese food can be or should be. ”

Related: To Grow, These Founders Had To Kill Parts Of Their Companies They’d Believed Were Essential

Gao says Fly By Jing’s transition from a supper club service to a chili oil product line was natural.

“I was running this underground supper club, and [Fly By Jing] was not planned. This whole journey was very organic, “she says.” But what I really did not realize at the time was when I was cooking all these dinners, that was my consumer research. Instantly, I could see their feedback on the flavors. And so by the time I was launching the product, I already knew which ones were resonating with people. ” 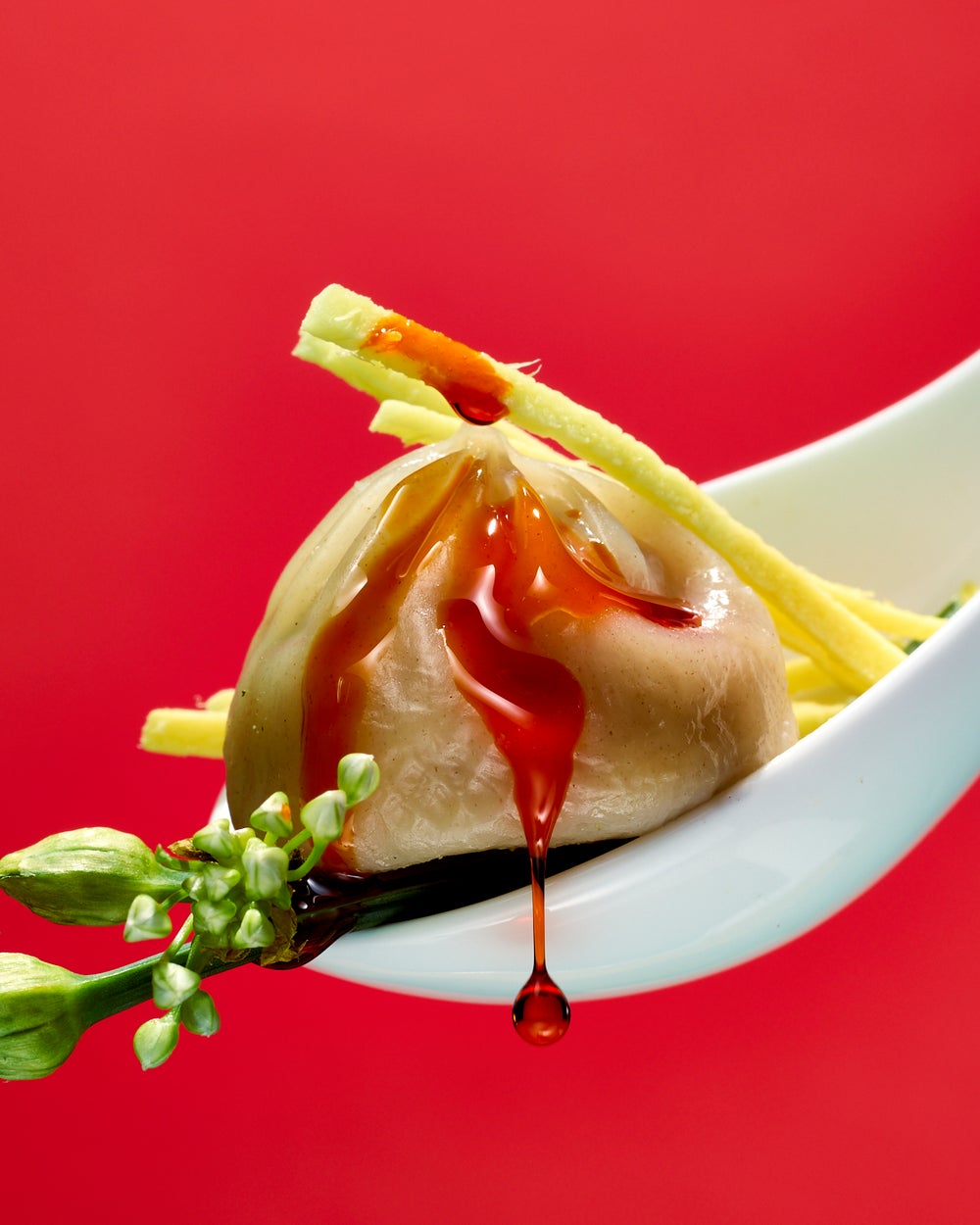 Gao left Shanghai and turned to the United States for her entrepreneurial pursuits. Despite never having lived in the US previously, her experience writing for publications in the country encouraged her to build a product there.

But though she had an idea for a food product, scaling her idea was a different beast. In order to get the appropriate capital to undertake the project, the writer-turned-chef-turned-entrepreneur created a campaign on Kickstarter.

“I decided to launch on Kickstarter first and test the US market and see the appetite for what I was doing. So I made a video of me in Chengdu talking about the flavors, going to the spice markets, talking about the importance of these ingredients and really demonstrating that this is a new paradigm about Chinese food, and that it can be some of the highest quality food out there, ”Gao says.

The story resonated with people, who saw the product’s value in introducing complex Sichuan flavors in a way that hadn’t really been done before. Gao initially set out with a $ 35,000 goal, but she ended up with $ 120,000 pledged on the Kickstarter – more than three times her goal.

Related: Jessica Simpson’s Billion-Dollar Secret: ‘Being Underestimated Is a Superpower’

Business learnings from the journey

Fly By Jing now sells a line of sauces and seasonings, like the Sichuan Chili Crisp, Zhong Sauce and Mala Spice Mix, in stores and online. In November, the brand expanded to include a variety of frozen dumpling products. 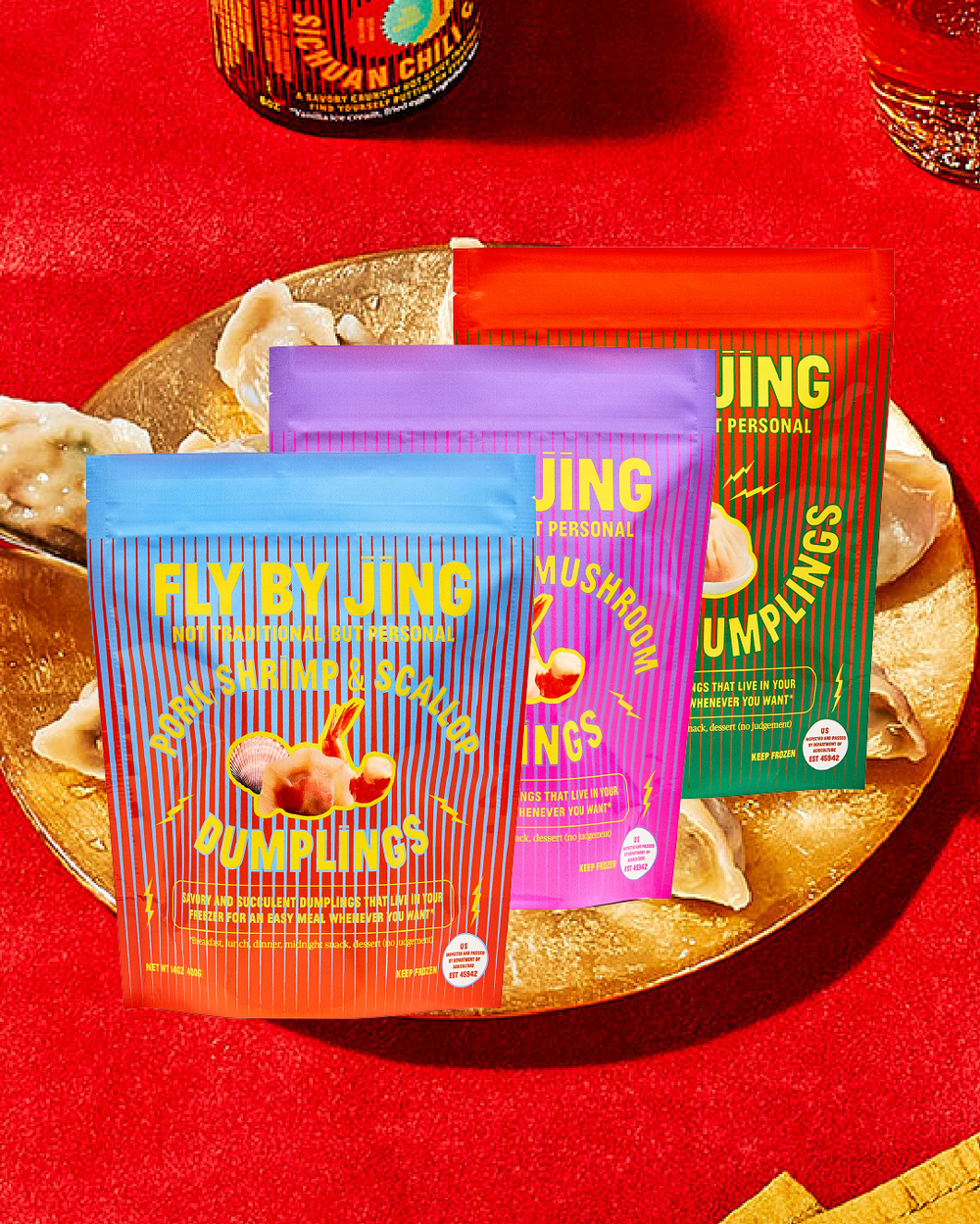 Looking back, Gao sees how the desire to innovate and disrupt the monolith of Chinese cuisine has fueled the business and its supporters. But it’s also inspired her to own her identity. For most of her life, Gao had accommodated people from other cultures by going by the more ubiquitous “Jenny,” but reclaimed her name two years ago in a feat she says “felt like coming home.”

Getting to this point was no small journey, especially in the business sense. Gao attributes Fly By Jing’s success partly to the allyship and community she has had along the way, which she says has served as a “lifeline in this journey that’s often very lonely and difficult.”

“It’s really about allyship and community and helping each other out. That’s helped me immensely in my journey – just seeking, finding mentors in women that I admire that are a few steps ahead of me and then also those who are at the same level as I am – and those who are a few steps behind. ” Gao says. “All of us have insights and help that we can provide each other.”

Related: At 15 She Left Her Home And Slept On A Railway Platform. Today She Runs a Business With a Revenue of INR 35 Crore

25 Top-Ranked Franchises You Can Run as a Side Hustle

Are Body-Image Issues Holding Your Team Back?