The competition between streaming services has heated up in recent years with the rise of Disney+, Apple TV, Paramount+ and more.

Now, according to data from JustWatch, industry pioneer Netflix is ​​no longer the Subscription Video on Demand (SVOD) market leader as of Q4 2022.

Prime Video came in as the No. 1 streaming service, with only a 1% lead over Netflix, which came in at No. 2.

Disney+ came in third, slightly ahead of HBO Max. Apple TV and Paramount+ were both tied at the bottom at 6% of viewers each. 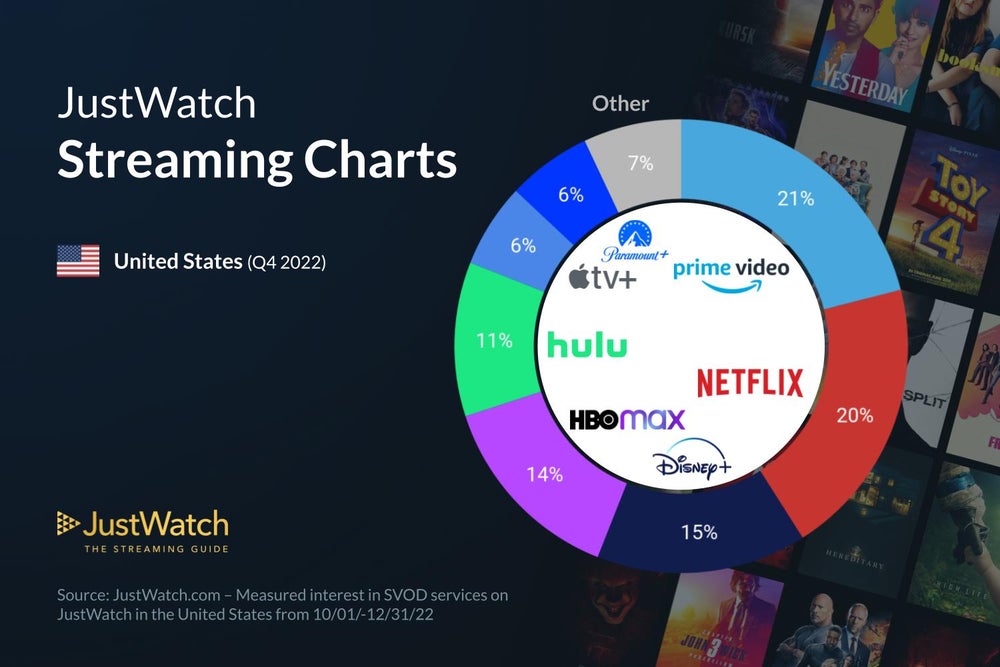 Netflix’s fall from the top began in early 2022, with shares down nearly 10% over the past year. Increasing competition and a record number of users canceling their subscriptions have contributed to the streaming service’s decline.

Related: What’s Up With Netflix? Everything you need to know about the company’s massive fall

In terms of market share, Netflix experienced a downward trend throughout 2022, while Prime Video excelled in the latter half of the year, according to the data. 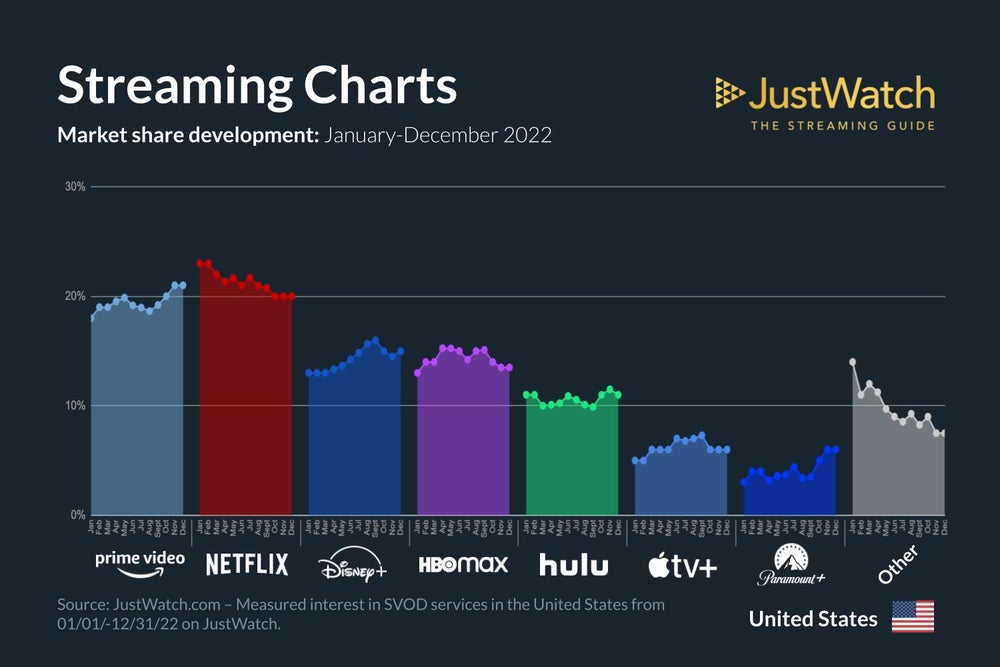 Considerations When Rolling Over a 401(k) into a Roth IRA

Should You Add DXC Technology Stock to Your Portfolio in 2022?